I was very pleased with Gregory Todd's "Adittios" and amendments to my article on the forwarders in Mexico. I wish other philatelists will share their knowledge on this fascinating area of Mexican postal history. Before going further, some updates need to be made to the record previously presented In the updates below bold lettering indicate the change.

There is another name before Schmilensky: Which is it? Rein ...? The third name in the handstamp is "Schacht", not "Schact".

Juan A. Bennet: both illustration and caption read  "SuGesor". It should read "SuCesor".

Here are some new and revised listings. 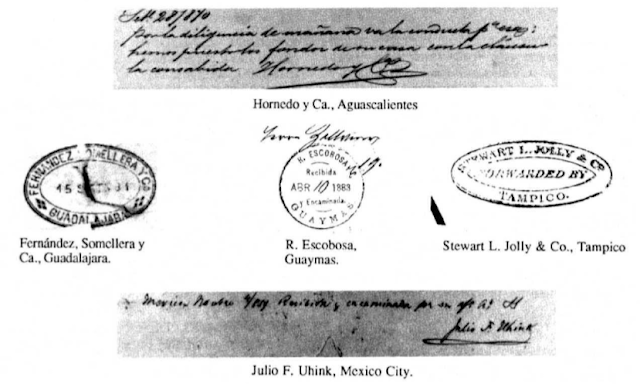