One of the rare examples in Latin American Postal Stationery is that the first issues of stationery cards were first printed in their native country and not, as is mostly the case, by American or British printing companies.

Such is the case of Ecuador where the first two stationery card issues were printed domesticaly. Both issues were released within a three months interval in 1884 in a similiar design and resembling Uruguay's first issue card (1878).

In my book Los Enteros Postales del Ecuador 1884-1957, I mentioned that due lack of local sources it was no possible to pin down the exact dates of the issuance of the two stationery cards. These dates can be now place more precisely due to the efforts of Juan Pablo Aguilar who in the French review Le Timbre Poste of May, 1884 found that the first issue printing by the publishing house La Novedad in Quito saw the light of day on February 9, 1884 as regards the two centavos card and on February 16, 1884 for the three centavos card. This information was provided to the review by its correspondent whose residence is unreported. The same correspondet reported of the issuance of a two and three centavos cards printed by the publishing house V. Montoya in the begining days of April, 1884.

Although rumors exist that V. Montoya bought out La Novedad there are no indications that substantiate this as La Novedad continued to function for a considerable period of time after 1884; this also being the case for V. Montoya.

As previously mentioned, the two issues are very similar in design. The only difference being in the frame of the cards wich in the case of the second issue is larger. More importantly, however, is tue quality of execution and paper which is considerably porer in the second issue.There is evidence of at least two printings and, in addition a variety of errors are in evidence.

As to the usage of the two types of cards we have gathered information from the possibly three best known collections that existe which are those of Bernie Beston, Georg Maier and Teddy Suarez. From these we can establish that the first issue was used almost immediately after its issuance. In effect the earliest known usage is of the three centavos card dated February 14, 1884 or two days earlier than reported by the correspondent of Le Timbre Poste. From that date on the first issue cards were used regularly between 1884-1890.

Two other aspects are worth mentioning. As is the case in most of Latin America most cards used in 1884 and 1885 do not show an origin cancel i. e., the card was considered used by going through the mail. Also there seems to have been little if any distinction made between either of the two values, especially in the first issue, and its destination. Two centavos cards were used internationally and three centavos cards domestically, apparently due to the ignorance of the user. In the case of the first issue no cards with additional franking are known and only two centavos card with a postage due stamp going to Valparaiso, Chile. 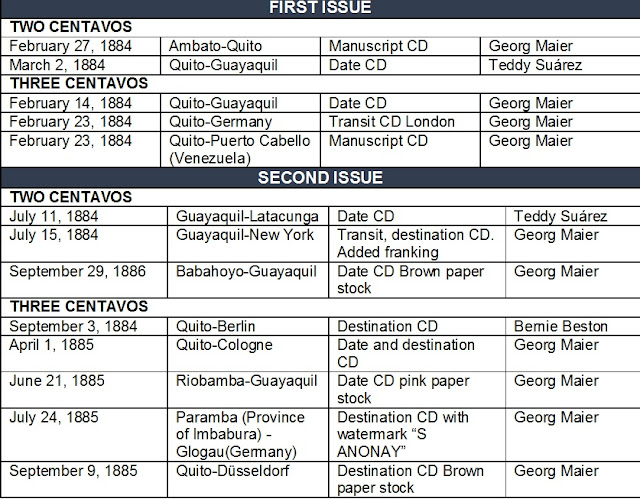 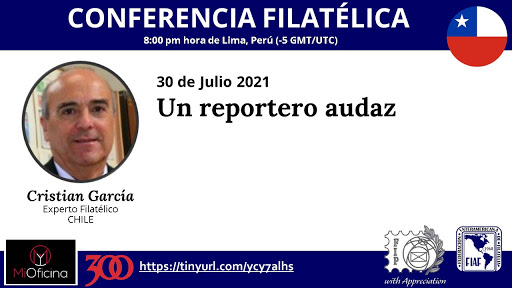 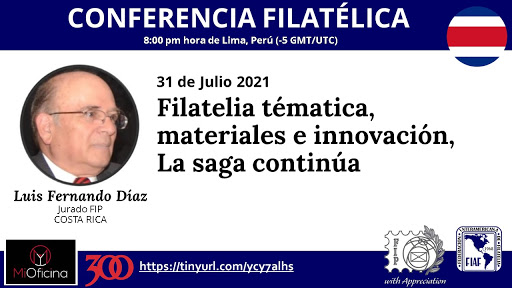