THE FORWARDING AGENTS IN MEXICO (IV) 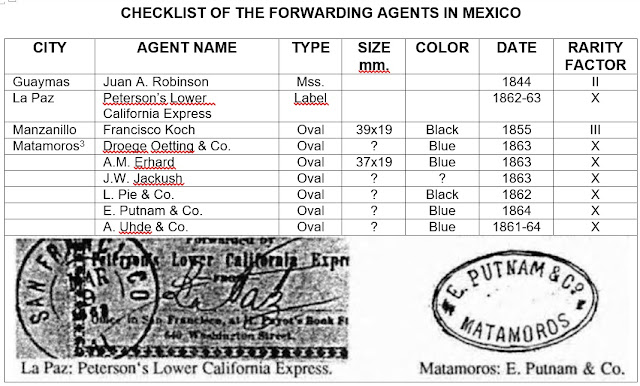 
[3] Matamoros was originally known as Congregación del Refugio. It changed its name on January 28, 1823, the date of the actual founding of the city, with 3860 Spaniards and indians. There were Englixh, French and Irish merchants as well as Americans. Fort Taylor was built across the Rio Grande river in 1846 and renamed Fort Brown the same year. Later Brownsville was founded. It served as a base of U.S. Operations in the Mexican War.
Publicado por Actualidad Filatélica en 15:18